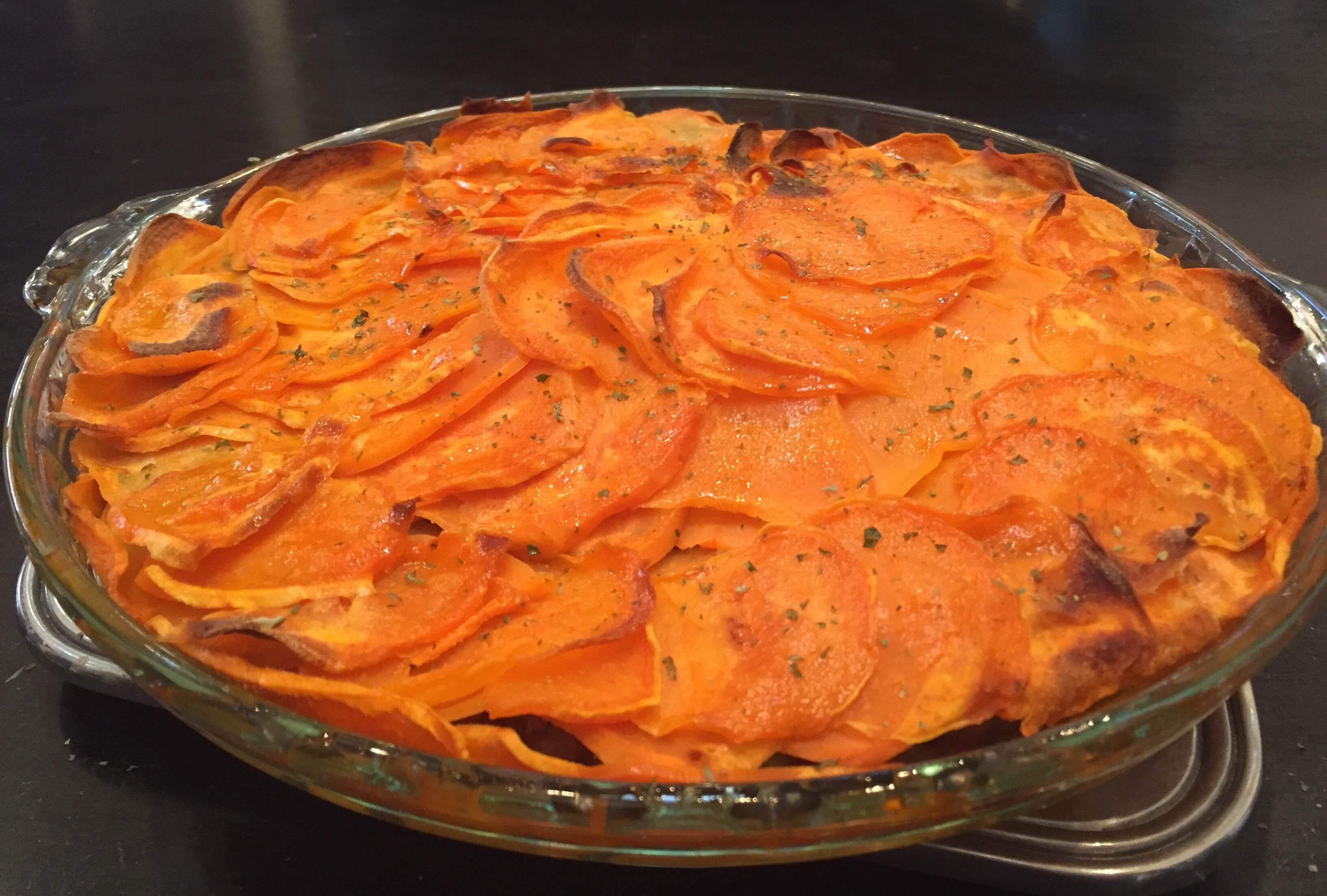 This fantastic recipe comes from Southern Living: Shepherd’s Pie with Potato Crust. The ingredients in this recipe are similar to those in a low(ish) carb dinner we have frequently: mashed sweet potatoes, ground beef with onions and tomatoes, and peas. This version is a wee bit fancier. The recipe would be a winner as-is, but I did make a few changes, first off, using just sweet potatoes in the crust vs. white potatoes as well.

I cut the sweet potatoes with a mandoline, a very useful kitchen tool to have on hand. This makes sure all the potato slices are relatively even and extra thin. I never could have done that with a knife.

After cooking the ground beef and adding wine, the instructions tell you to simmer until the wine is almost evaporated and then drain the meat. I felt the meat would overcook if I simmered it that long, so I stopped short of letting it totally evaporate. In draining the meat, the above incredible red wine-beef reduction is what I got. I thought, there is no way I’m throwing this out just to add back in the beef broth the recipe calls for. So, I used this, thinned out with a little broth to total the two cups called for later in the recipe. Very flavorful — this was a definite win. I also omitted Worcestershire sauce because I didn’t have any and this was flavorful enough.

I omitted garlic because we didn’t have any on hand, but added a shallot with the onions. That worked fine. Another minor change was to use rice flour instead of wheat flour in order to make the recipe gluten-free, during the carrot-and-onion cooking stage.

The filling is delicious. There was extra and I ate a small bowl of it by itself. Yum!

The crust is the fun part. One large sweet potato made enough slices for a couple layers in the pan and on top.

This is the pie going into the oven. Brushed with butter for easy browning. (I used clarified butter because it doesn’t contain casein, and I thought I might be able to let that slide with my cow’s milk restriction. Wrong. Tasty though.)

And we have Shepherd’s Pie!