All three items can cook at 400 degrees, which makes it easy if you want to cook them all in one oven at the same time. The Brussels sprouts and butternut squash are simply tossed with olive oil, salt, and pepper, and roasted. The chicken recipe is below:

I used bone-in chicken breasts with skin. The recipe calls for the skin, which I would probably do next time. But they did turn out very juicy. The first step is to marinade. I just did it in the pan for about 30 minutes, but longer like the recipe calls for would be even better. 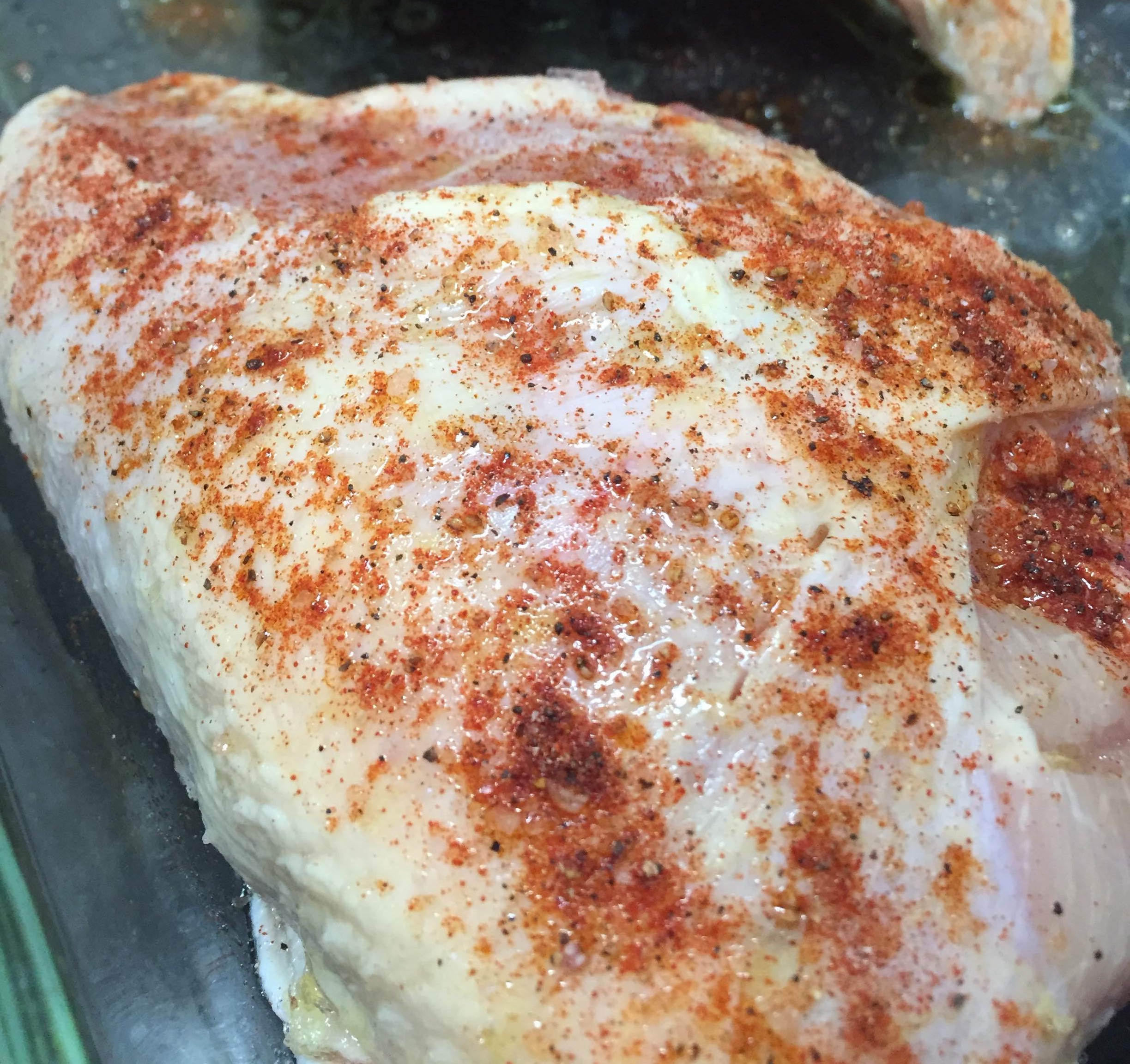 Next, the sauce. I read the labels on the two kinds of BBQ sauce I had on hand and they didn’t say they were gluten-free. I googled them and apparently they both contain small amounts of wheat (too small to go on the label). I mixed up a small batch of BBQ sauce using ingredients on hand and it turned out fine. It had to be quick because the chicken was already in the oven for the first 20-minute cooking stint before the sauce was supposed to go on.

For a base, I used a tomato sauce I’d made for pizza a few days ago (crushed tomatoes, tomato paste, sautéed shallots and spices cooked down). To 3/4 cup of that, I added the following, whisking until it had a smooth texture:

1-2 tsp liquid smoke
2 tbsp honey
1.5 tbsp dijon mustard
1 tsp garlic salt
This was tasty… I think you could probably also use ketchup as a base to make quick homemade sauce if you left out sweeteners. Not a replacement for slow-cooked sauce where you simmer all the ingredients together, but not bad. The pic below is the first round with the sauce. 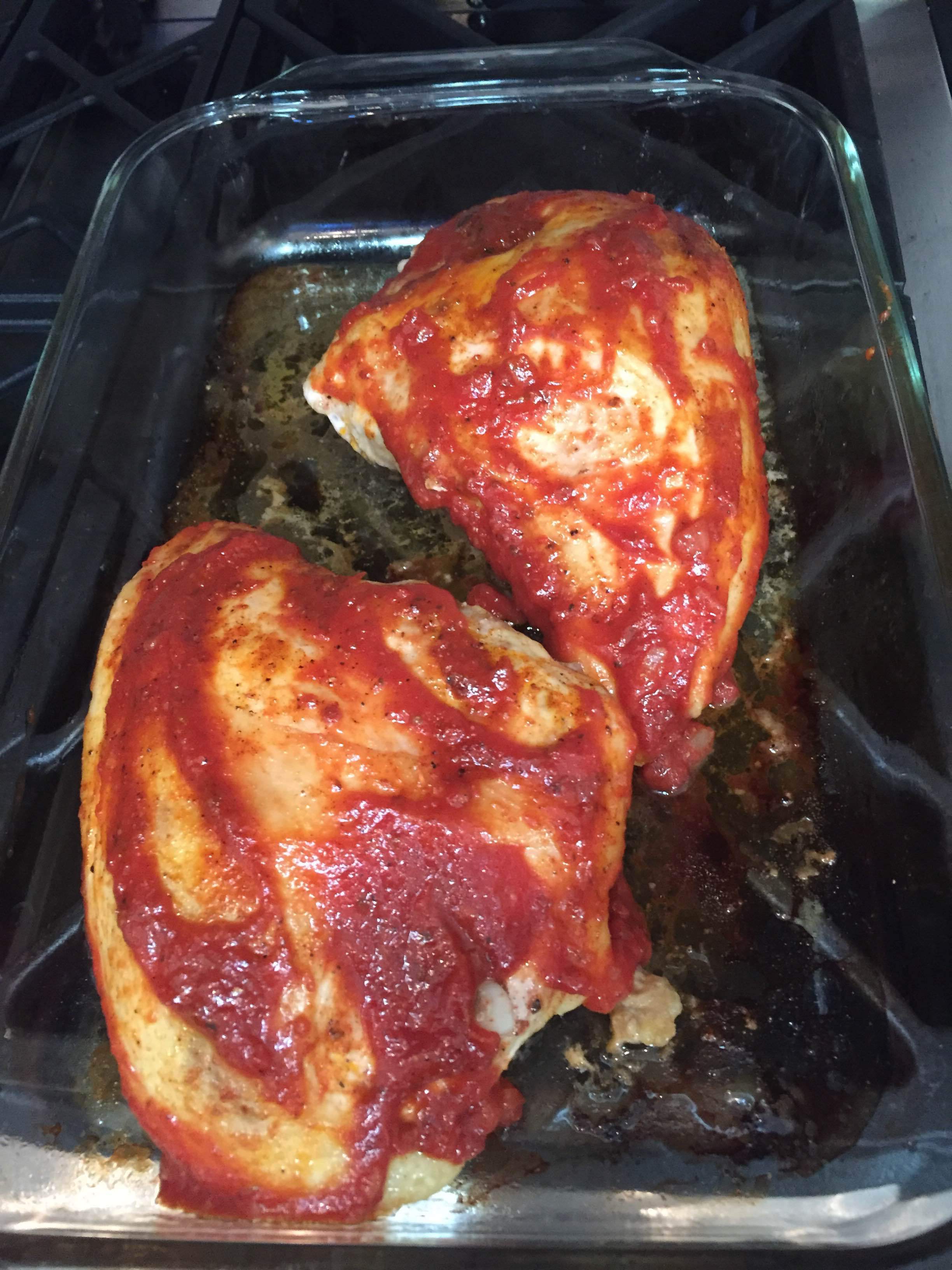 Although the recipe calls for cooking at 350 degrees, I used a 400 degree oven. These chicken breasts were huge and and took about an hour to cook even at 400. Opening the oven to baste with BBQ sauce every 5 minutes during the latter part of cooking probably didn’t speed things up.

Ultimately, the chicken turned out tender and tasty. This approach was possibly less labor intensive than grilling the chicken, and I also didn’t have to go outside in a dust storm to grill.

This recipe for roasted Brussels sprouts is about as simple as it gets — toss with olive oil, salt and pepper, and roast at 400. I like to let the edges get a little crispy and then add a little more salt after they’re done. These took about 30 minutes (less than the recipe called for), turning once at 15 minutes.

For the squash, I peeled it cut it into 3/4″ dice, tossed with olive oil, salt and pepper, and roasted at 400. For one large squash, I used two baking sheets. It turns out better if you give the pieces enough room to individually brown. If they’re too crowded, they tend to steam instead of caramelizing. 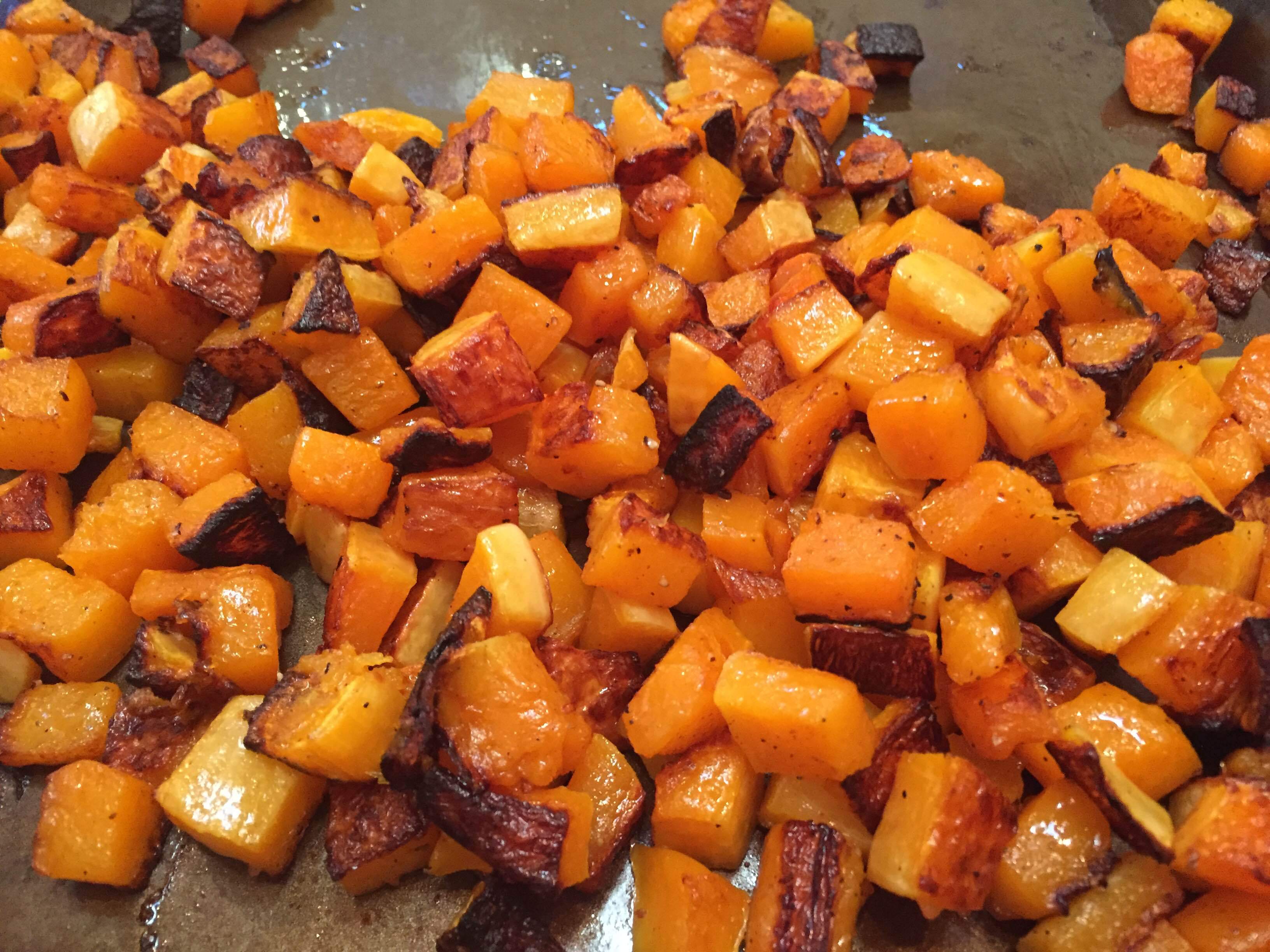 This is the final product. The squash cooked for 40 minutes total, turning once at 20 minutes. 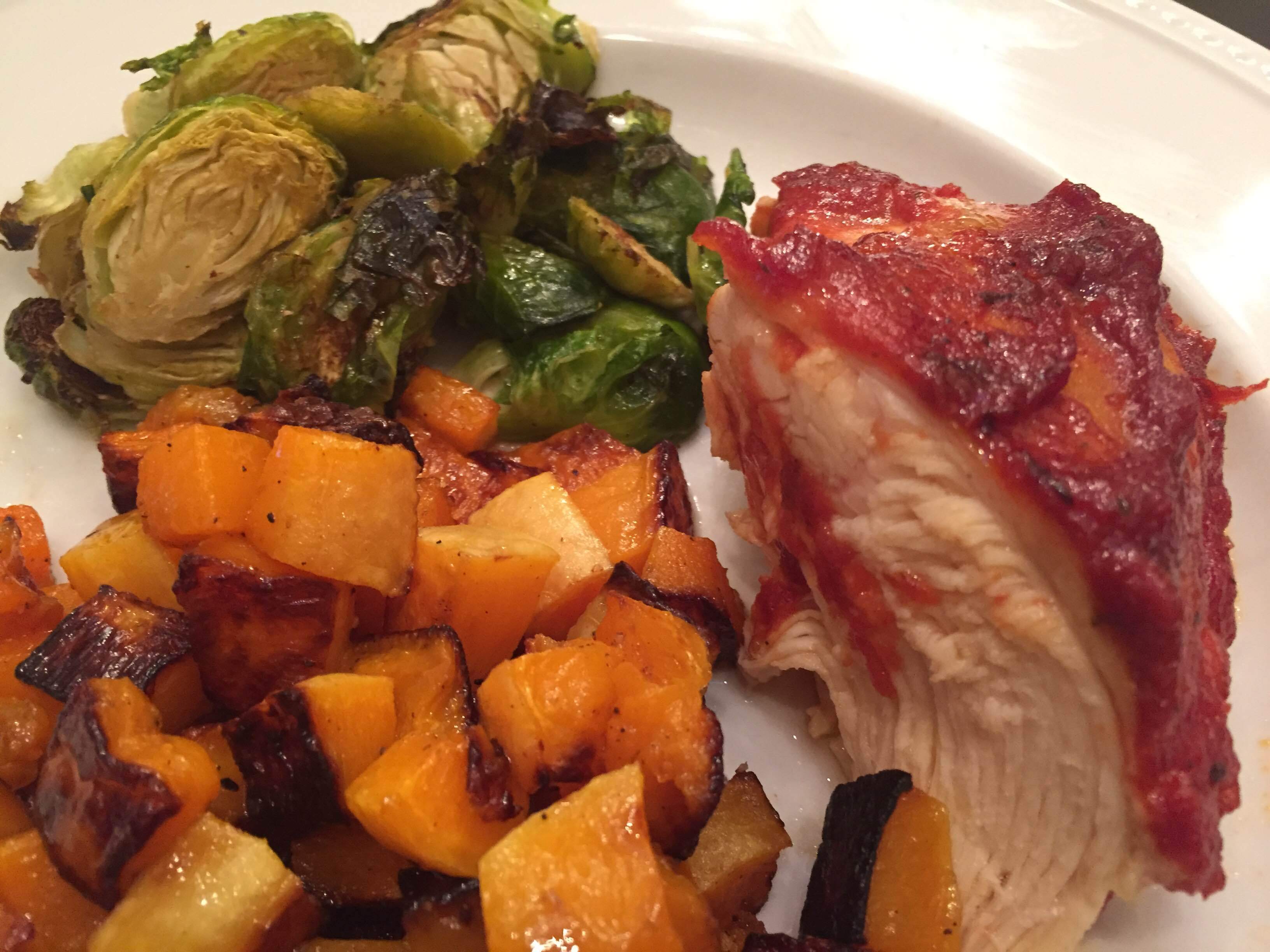