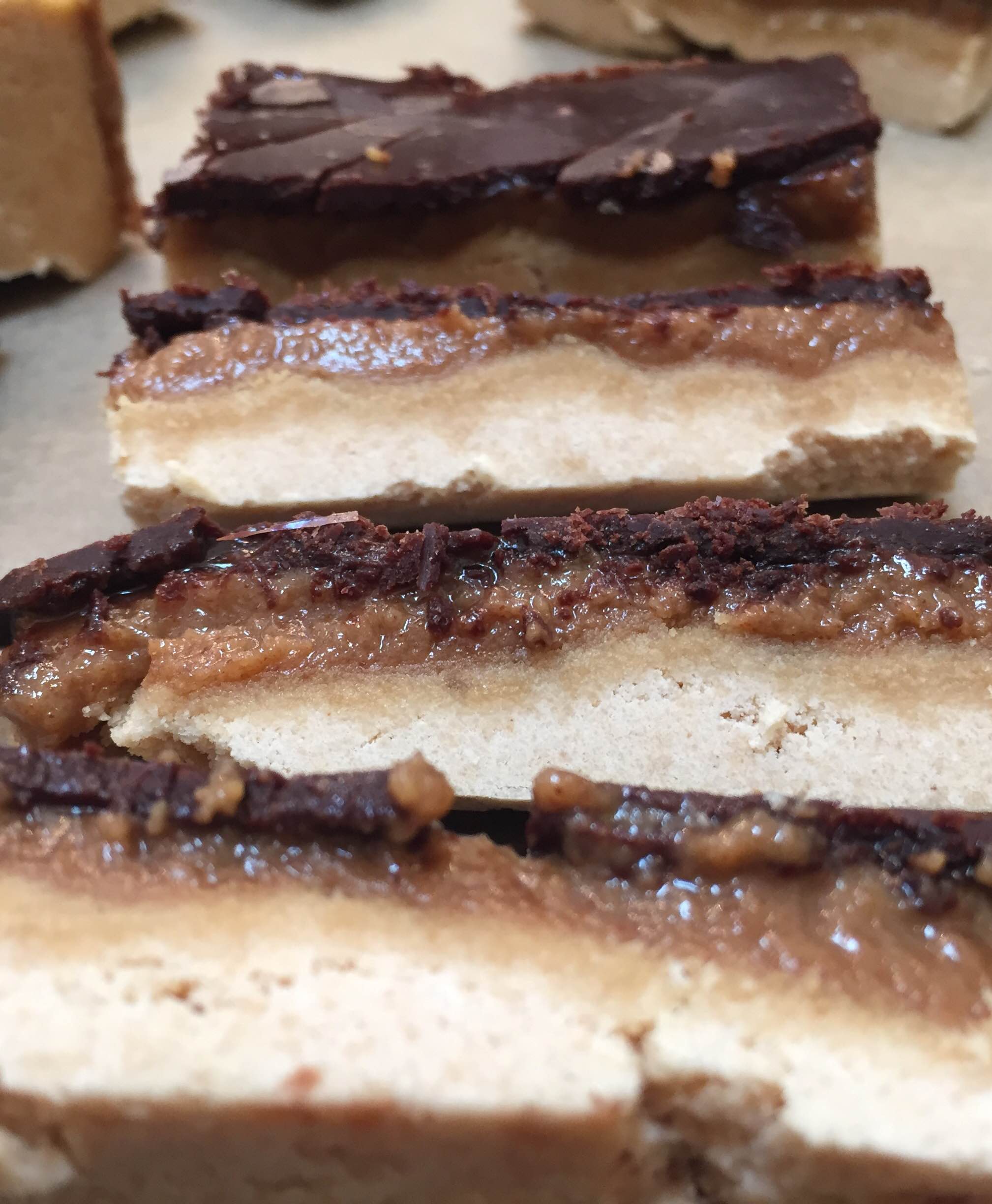 So, gluten-free, dairy-free Twix… where do I begin? This is a great reincarnation of an irresistible candy bar that some of my gluten-free/dairy-free friends may pine for post-dietary restrictions. These were fun to make and use only six ingredients. I was drawn in by photos on Pinterest that turned out much better than mine. Enticing. Here’s the recipe: Paleo Twix.

First layer: the cookie or shortbread. This uses coconut flour as a base, sweetened with maple syrup and held together with coconut oil. It turns out nice and crispy-crumbly. 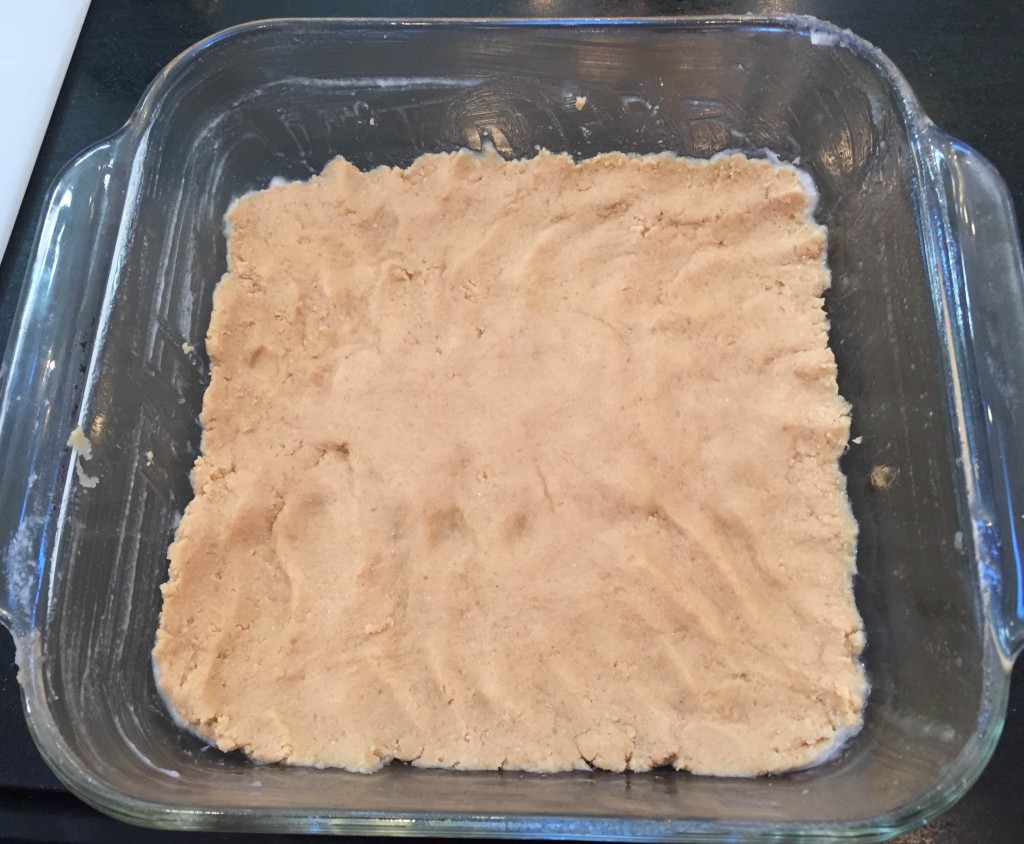 Now we’re getting to the fun part. Layer two is the “caramel,” actually almond butter, vanilla, and coconut oil. It forms a nice, rich, creamy layer. While not caramel, it’s pretty close. 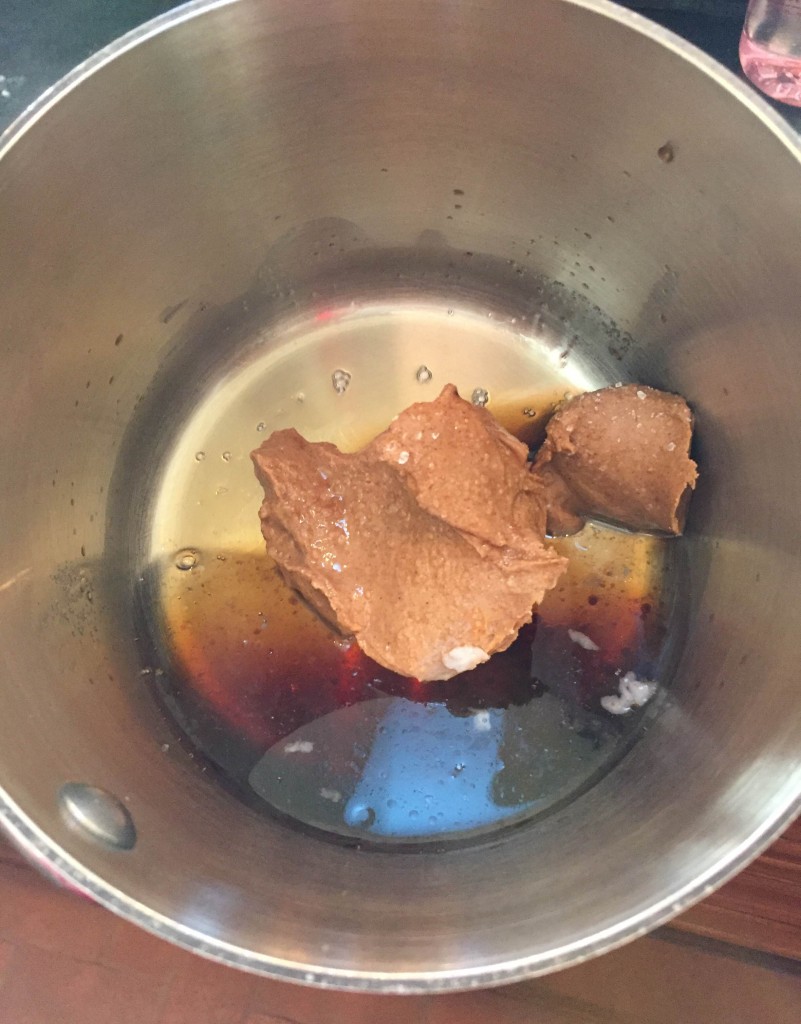 Be sure to let each layer cool before adding another!

Layer three: the chocolate. Cocoa and coconut oil for the most part. The chocolate layer has an intense dark taste from the cocoa and no milk. 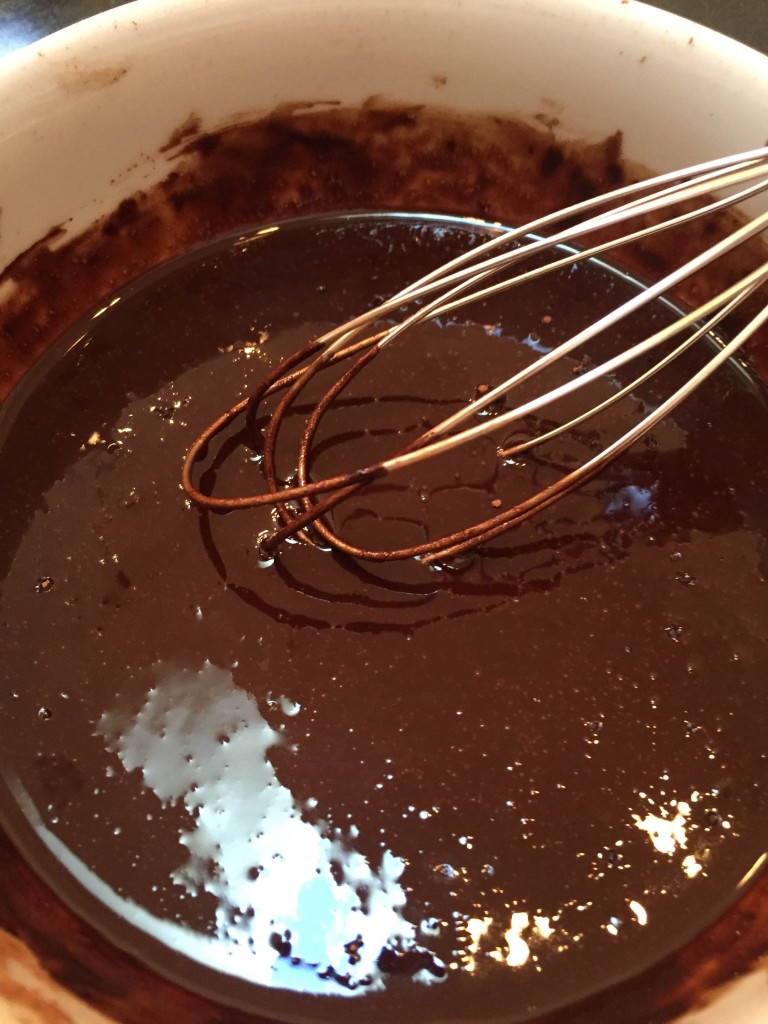 Cut up after refrigerating. They need to stay in the fridge, also.