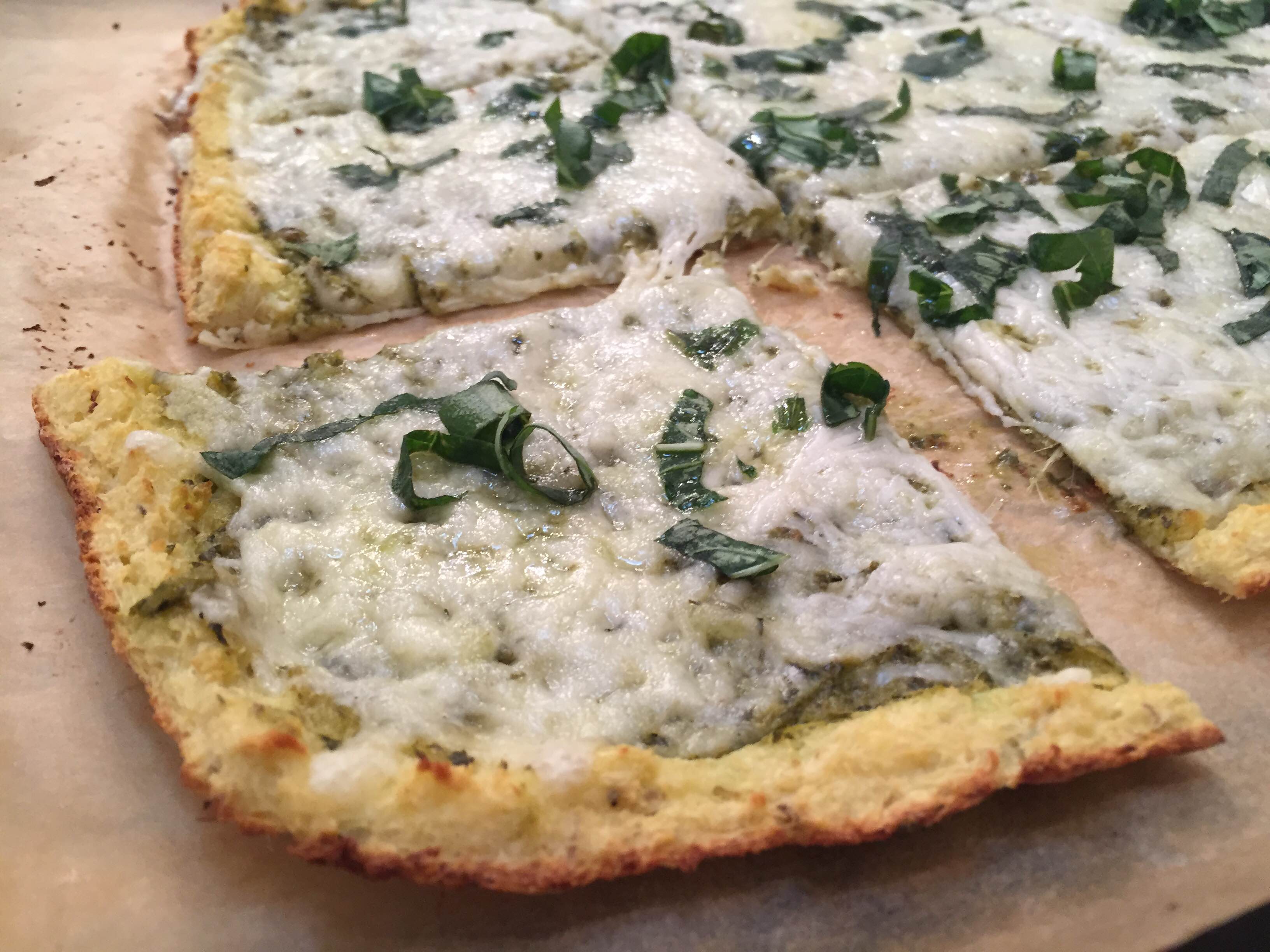 This time the crust went much better than when I made Cauliflower Crust Pizza with Homemade Sauce because I actually had the necessary supplies and followed the recipe. Funny how that works.  This time the crust held together well enough to be picked up and had a great texture. Using parchment paper instead of oiled foil and keeping the proportions of the recipe exact made all the difference. I also used pre-chopped cauliflower as a time saver. That helped; it’s too bad the crust has to cook for 30-40 minutes, or this would be a lot quicker. I used the same recipe as last time, it’s a keeper! Just be sure to follow all the steps exactly. I’m not going to run through every step here — here’s the original recipe: The Secret to Perfect Cauliflower Pizza Crust. For an even quicker dish with similar flavors, try Cheesy Cauliflower “Mashed Potatoes” with Pesto. 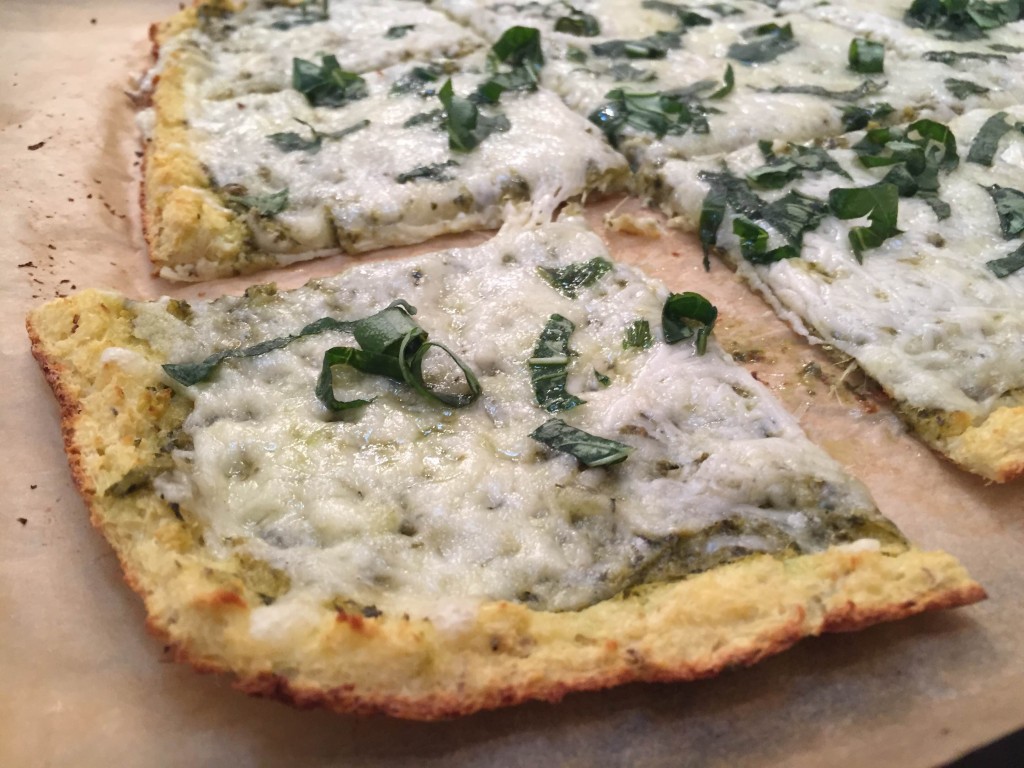 This time, we opted for a white pizza with basil pesto as a sauce, topped with shredded hard goat cheese and manchego, with fresh basil on top after baking. 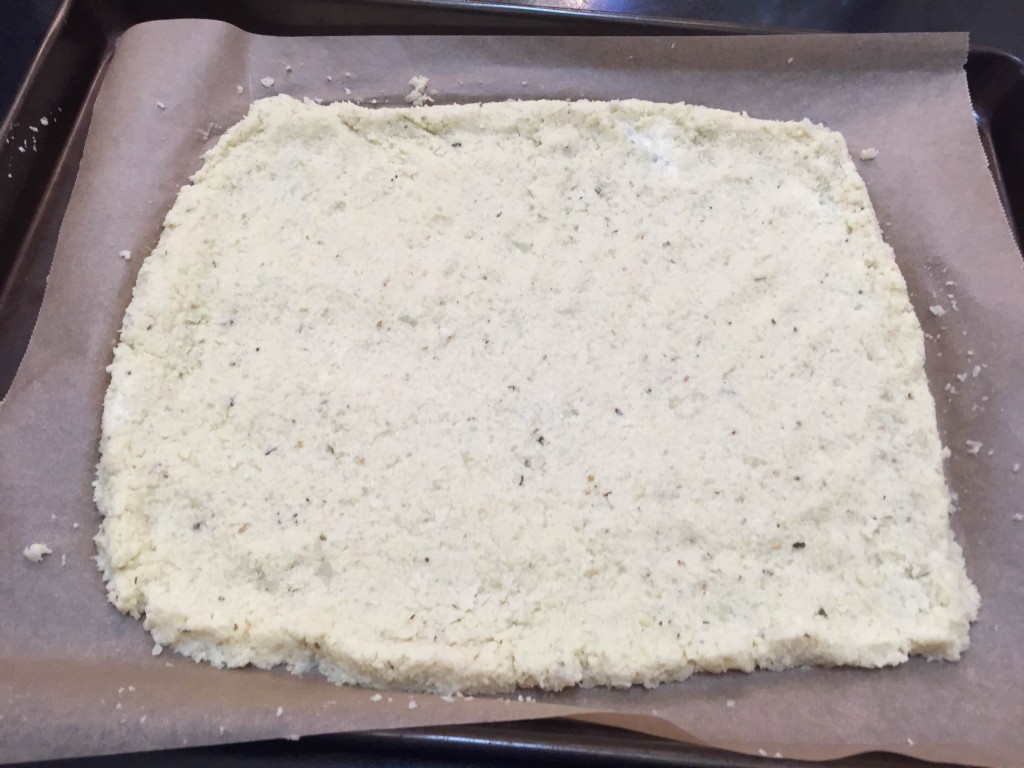 Crust before baking. Parchment paper keeps it from sticking. 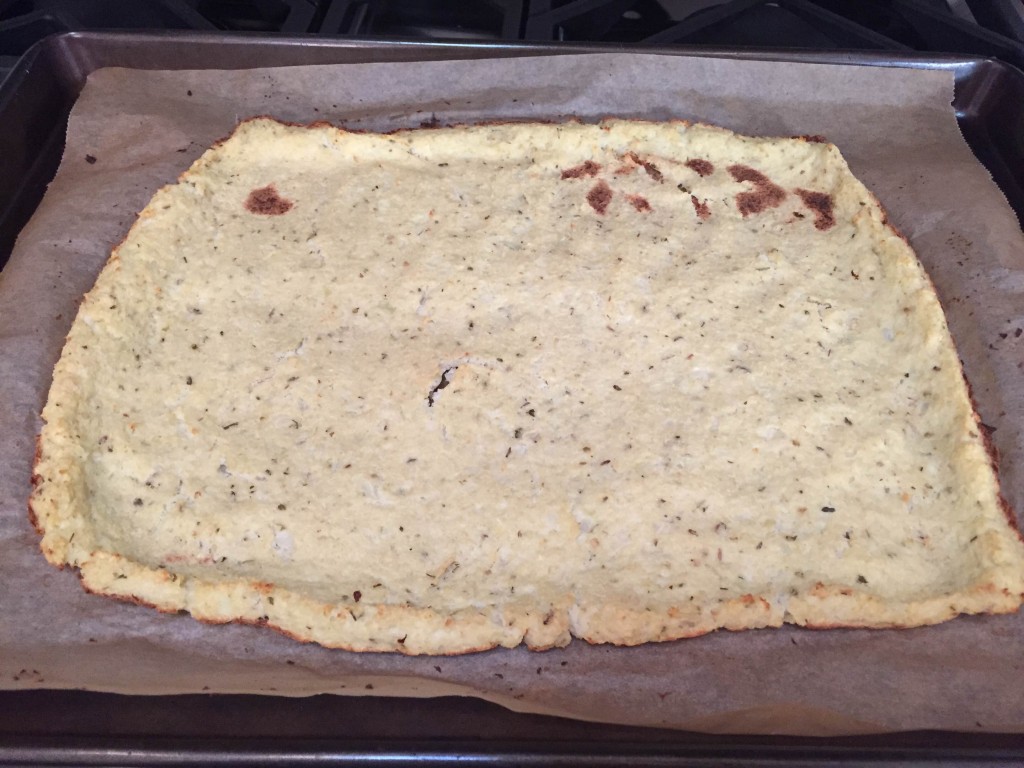 Baked crust. It’s important to keep it no thinner than 1/3″ for it to hold together.

Used prepared pesto. Looking forward to having enough basil from the garden to make our own! 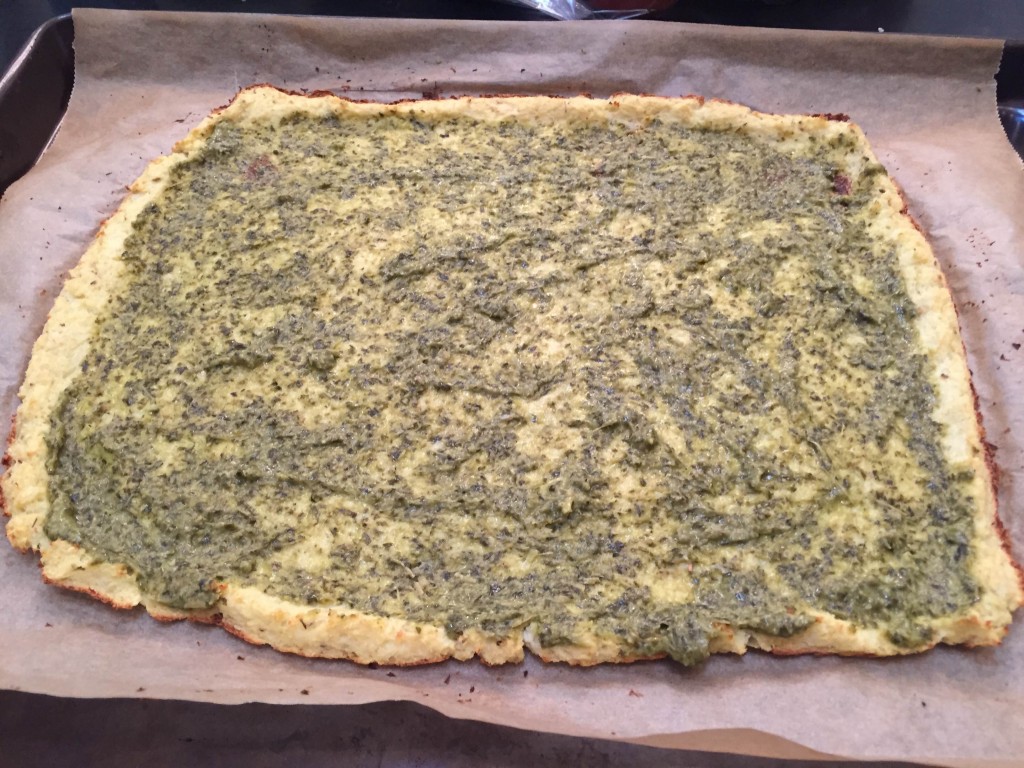 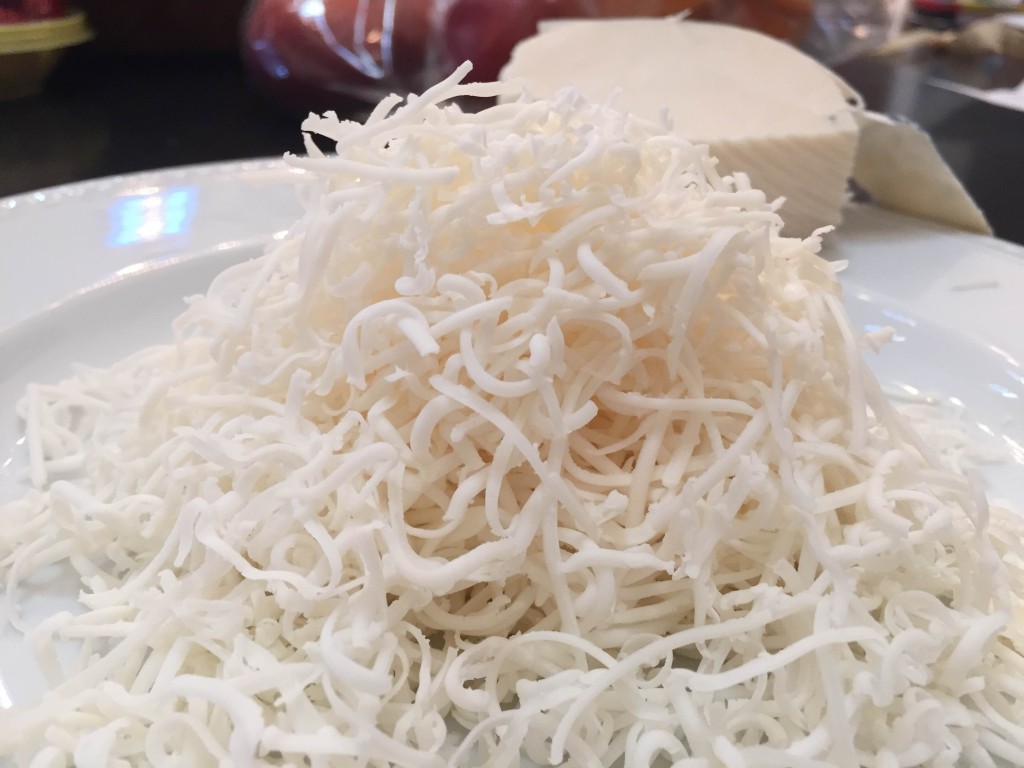 This hard goat cheese had a milder flavor and more conventional texture than soft goat cheese. 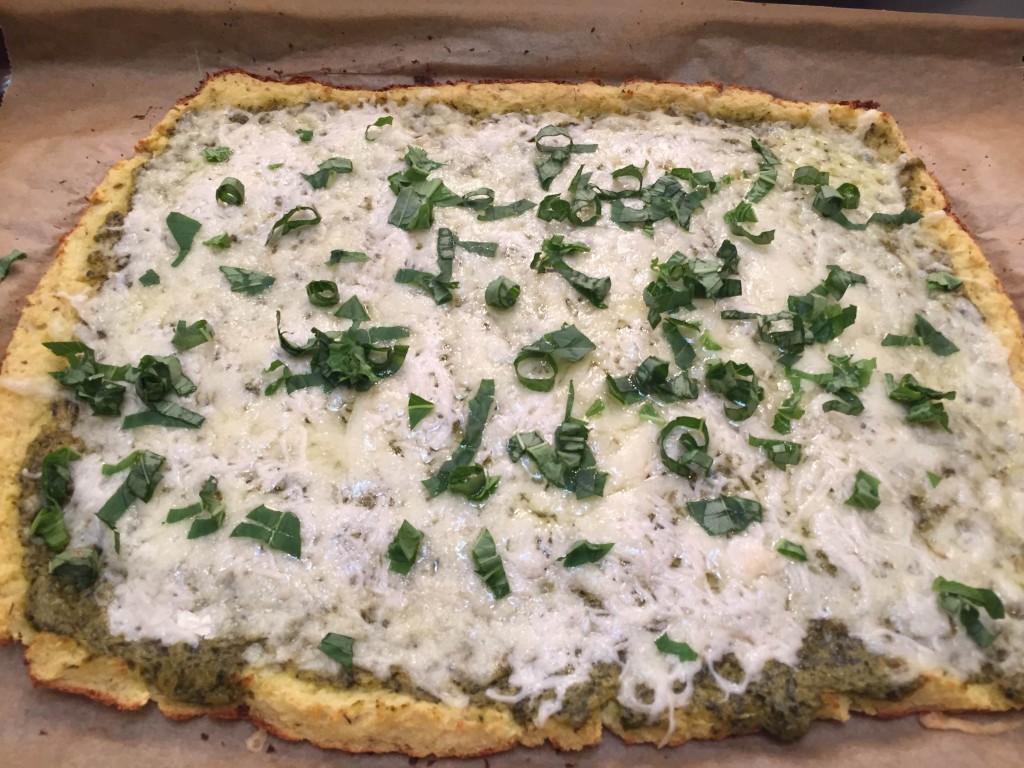